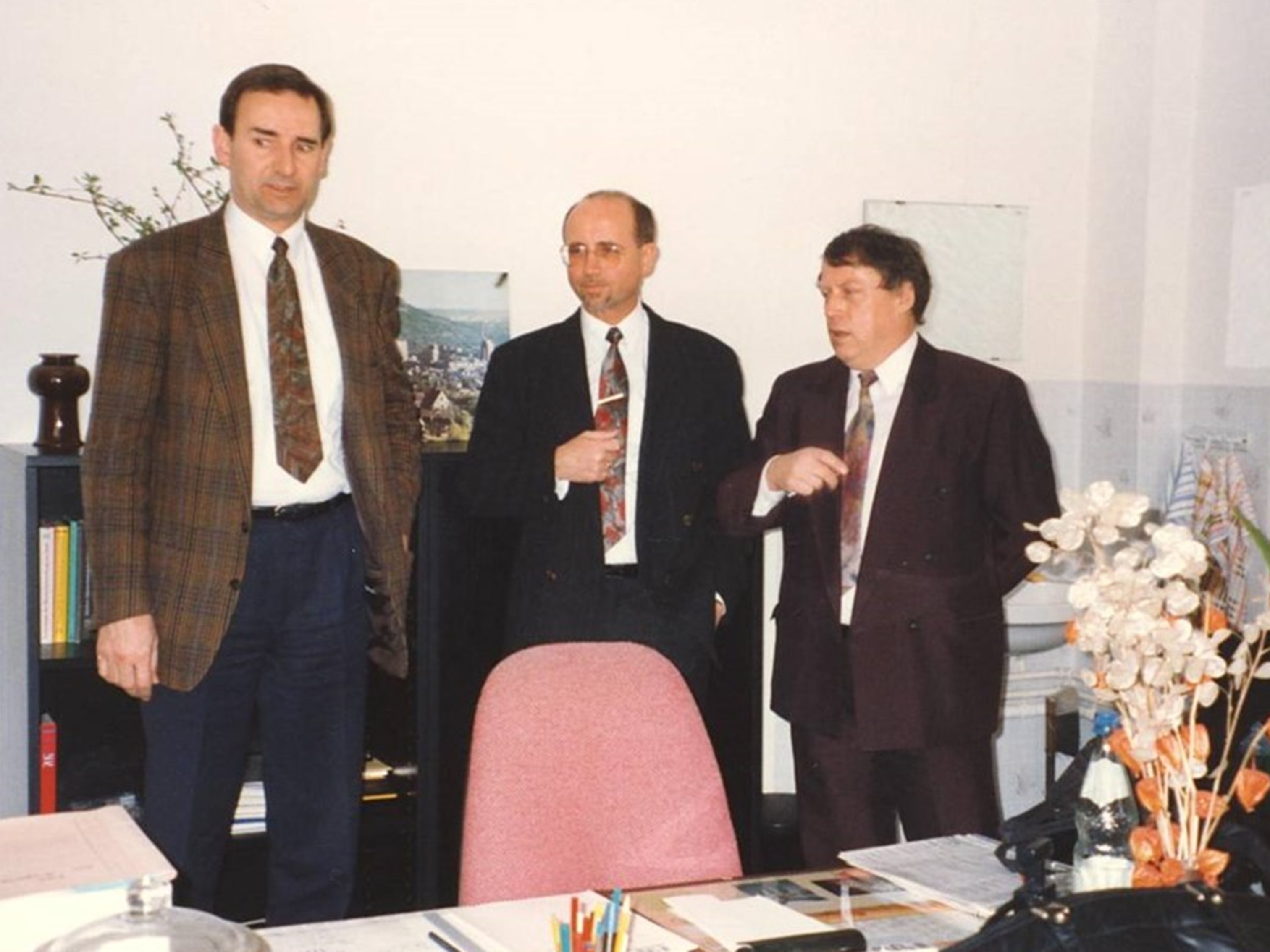 30 years ago today, the articles of association of the Institute for Joining Technology and Materials Testing were signed. This laid the foundation for 30 years of innovative research work on joining and testing. With welding processes - with arc or laser beam, by hand, with robots and even as a method of 3D printing of steel - the institute is still involved today.

Prof. Dr. Günter-Köhler began the founding phase of the institute as early as 1991. On January 13, 1992, the foundation stone for ifw Jena as a limited liability company was laid with the articles of association. In recognition of Prof. Köhler's achievements in the development of the institute, it was given the honorary name "Günter Köhler Institute for Joining Technology and Materials Testing" - in short: ifw Jena - in 2006. Since day one, DVS – Deutscher Verband für Schweißen und verwandte Verfahren e. V. (German Welding Society), later expanded to include Steinbeis Beteiligungs-Holding GmbH, has been at the side of the Jena-based institute as a shareholder.

"Thirty years ago, I had big plans for the Institute for Joining Technology and Materials Testing. The institute came into being after the closure of the Technology Section at Friedrich Schiller University in Jena and was intended to give young scientists the opportunity to continue research in the fields of joining technology and materials testing in Jena," says Prof. Köhler today, looking back. "Even then, our main business areas were research, services from the research fields and vocational training."

As early as 1992, research focused primarily on welding technology processes and laser material processing options. Particularly innovative were the investigations into diffusion welding as an additive process for large components.

Much has developed over the past 30 years: With powder bed-based processes as a possibility to print metals three-dimensionally and adhesive bonding applications, for example, completely new research areas were added.

Great progress has also been made in vocational training. In its welding technology course center, ifw Jena trains welders in all common processes. Every year, it also trains welding specialists, who are urgently needed in their companies. In addition, the institute gives further training courses on, among other things, materials testing or training to become a laser protection officer.

The current managing director of ifw Jena, Dr.-Ing. Simon Jahn, sums up the past 30 years: "From the very beginning, the institute wanted to bring innovative results from research directly to industry and help companies optimize their productions, train their personnel and be prepared for future challenges. To this day, this goal has not changed. In 1992, ifw Jena was already working on modern and innovative solutions for industry - and in 2022 we will continue to work on optimizing existing high-tech processes even further, developing new processes and finding new production options for companies."